“We wanted to stand with our patriot brothers and sisters that are standing in DC.” 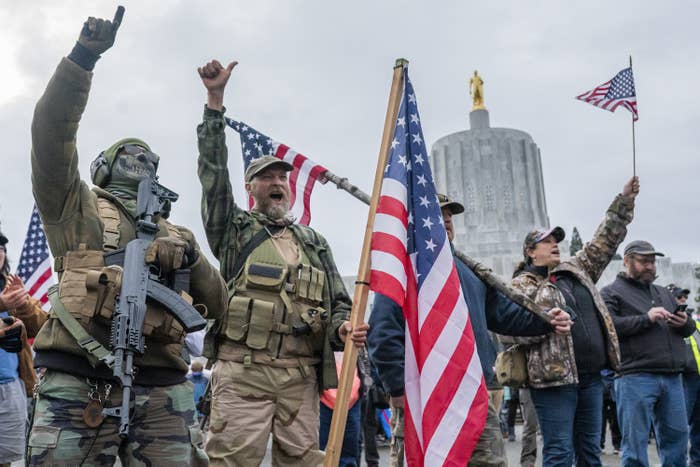 As hundreds of insurrectionists  stormed the US Capitol  on Wednesday, egged on by President Trump as part of his flagrant lies that the 2020 election was fraudulent, smaller “Storm the Capitol” protests took place around the country, with some resulting in violence and arrests.

“We wanted to stand with our patriot brothers and sisters that are standing in DC.,” Ana Drouin, a member of Oregon Women for Trump who was at a Salem protest on Wednesday,  told Statesman Journal . 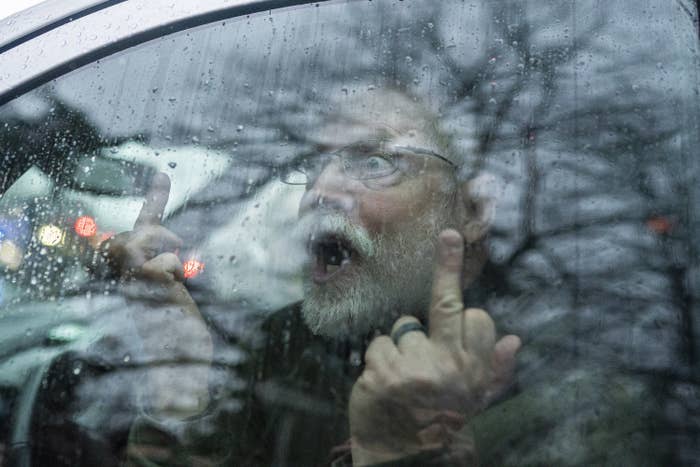 The protest at the Oregon state capitol saw a projector playing the congressional vote in Washington, DC. Then a clash broke out between pro-Trump protesters and counter-protesters, with fireworks being set off and tear gas sprayed.

A reporter in Olympia, Washington,  tweeted  that a pro-Trump protester with a gun threatened her and another journalist outside a small demonstration at the capitol, telling them: “We’re going to shoot you f***ing dead in the next year.”

The protesters also marched to the governor’s mansion, where they breached barriers to enter the grounds.

In Salt Lake City, Utah, a newspaper photographer was pepper-sprayed by supporters of Trump, who has openly criticized journalists.

On Tuesday in Georgia,  Democrats won two Senate runoff elections , with Black organizers and voters ensuring the state flipped blue. On Wednesday, Republican Secretary of State Brad Raffensperger and other election officials evacuated from the capitol in Atlanta out of concern for their safety as a small crowd of supporters — some dressed in tactical gear — waved Trump flags and protested outside. There  were no reports  of violence, however. 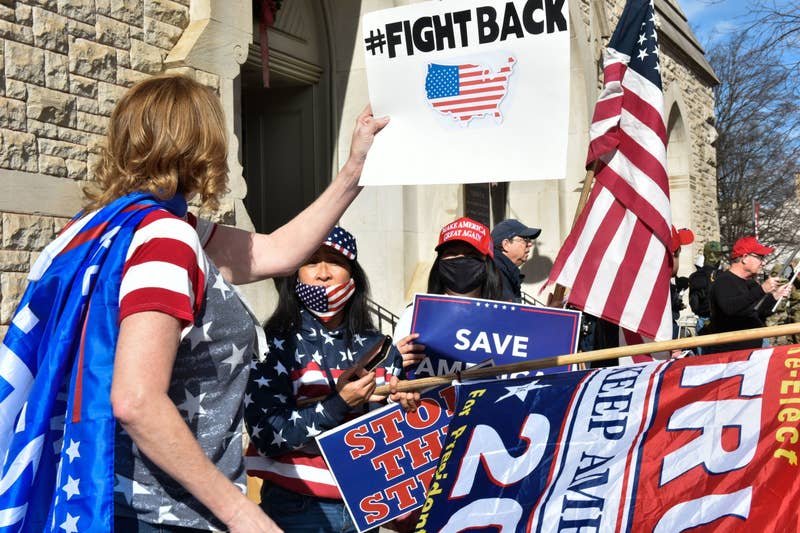 “We saw stuff happening at the Georgia Capitol and said, ‘We should not be around here, we should not be a spark,'” said Gabriel Sterling, the voting system implementation manager.

Earlier on Wednesday  during a news conference about the election results , Sterling told journalists questioning him about any possible election fraud that “the biggest thing we’ve seen is from the president’s fertile mind of finding fraud where none exists.”

In Minnesota, where tens of thousands turned out to protest last summer over the police killing of George Floyd, a crowd of several hundred gathered outside the state capitol to protest before marching to the governor’s residence.

News of the takeover over at the US Capitol was met with cheers by the crowd in Minneapolis.

“This is 1776,” a speaker told the crowd,  according to the Star Tribune . “The time for talk is over. It’s done. My brothers and sisters in Washington are doing it right now. … Be on the right side of history because we are about to make it. … let’s pray our elected officials have a change of heart in the last second or we are going to change it for them.”

About 200 protesters also  gathered inside the Kansas capitol building , but unlike the DC protesters, they had a permit allowing them inside the building.

In Los Angeles, which is currently the epicenter of the country’s COVID-19 pandemic, Trump supporters clashed with counterprotesters resulting in arrests and injuries.

Hundreds also turned up to protest in Sacramento, California’s capital, with  police tweeting  that people were arrested for carrying pepper spray. A planned COVID-19 news conference by GOv. Gavin Newsom  was canceled  “out of an abundance of caution to ensure the safety of Governor’s Office staff.”