His face was covered in bandages at the 2020 American Music Awards in November.

And  The Weeknd revealed they were a setup for his latest creepy aesthetic when the Canadian crooner dropped his Save Your Tears music video on Tuesday.

The 30-year-old Starboy hitmaker appeared in the disturbing video with prosthetics designed to make him look like his face had undergone radical plastic surgery, include fillers around his cheeks and lips.

Scroll down for video

The four-minute long video begins with the singer -whose real name is Abel Makkonen Tesfaye- singing onstage for a masked crowd.

A spotlight hits the singer and reveals what appears to be a heavily-botoxed face, complete with surgical scarring around the ears.

As the video continues, the Uncut Gems actor steps off the stage and strides among the audience, all of whom sit passively behind their elaborate masks.

The Weeknd eventually begins interacting with the audience in increasingly disrespectful ways.

He begins by sipping one audience member’s drink, before resting his arm on the man’s head.

Later, he stands on a table and sprays champagne right in their faces.

Later in the video, a spotlight picks out the one unmasked crowd member: a young woman.

He leads her up onto the stage, before the video takes an even darker turn.

The singer takes out a gun and placing it in her hand, forces her to press the barrel against his forehead.

Eventually the woman screams, and after a fade to black, the artist is holding the gun and waves it around the room.

However no one reacts to his implied threats.

Finally, he holds the gun to his own head, squeezes the trigger, and fires out confetti.

The Weeknd laughs before the credits roll. 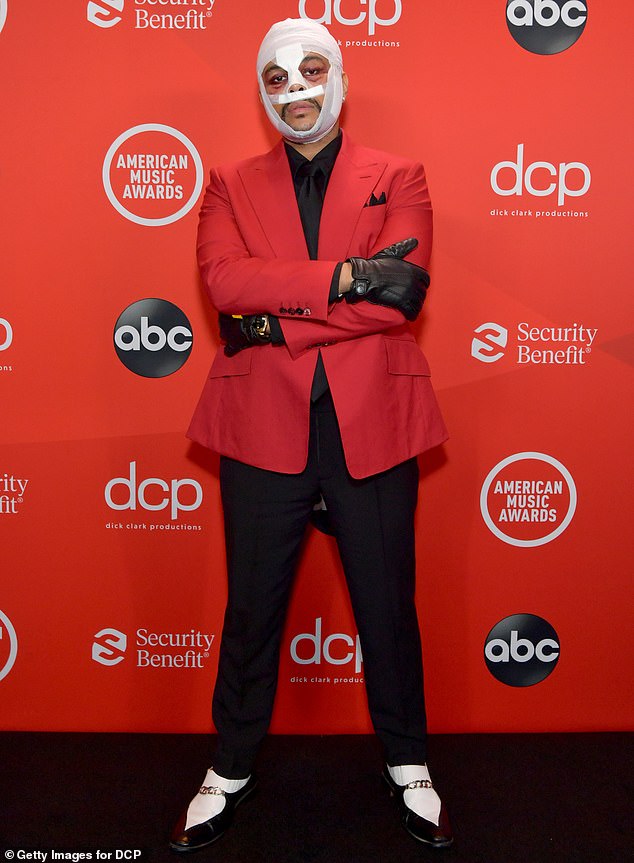 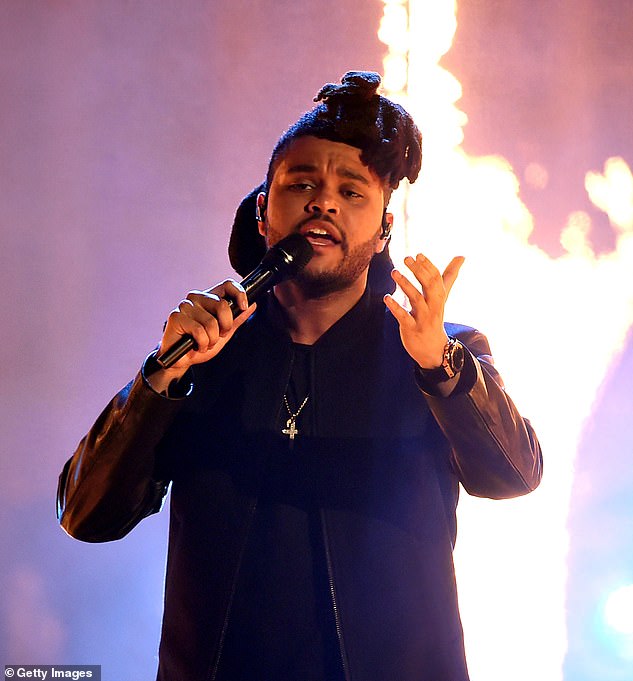 The superstar has previously treated fans to dark and gory music videos with his clips for Blinding Lights, In Your Eyes and Too Late.

Meanwhile, the After Hours hitmaker recently revealed to the  TMRW special edition zine that both the  Black Lives Matter  movement and  COVID-19  will inspire his next album.

As his planned After Hours tour has been postponed until summer 2021, he said: ‘I have been more inspired and creative during the pandemic than I might normally be while on the road. 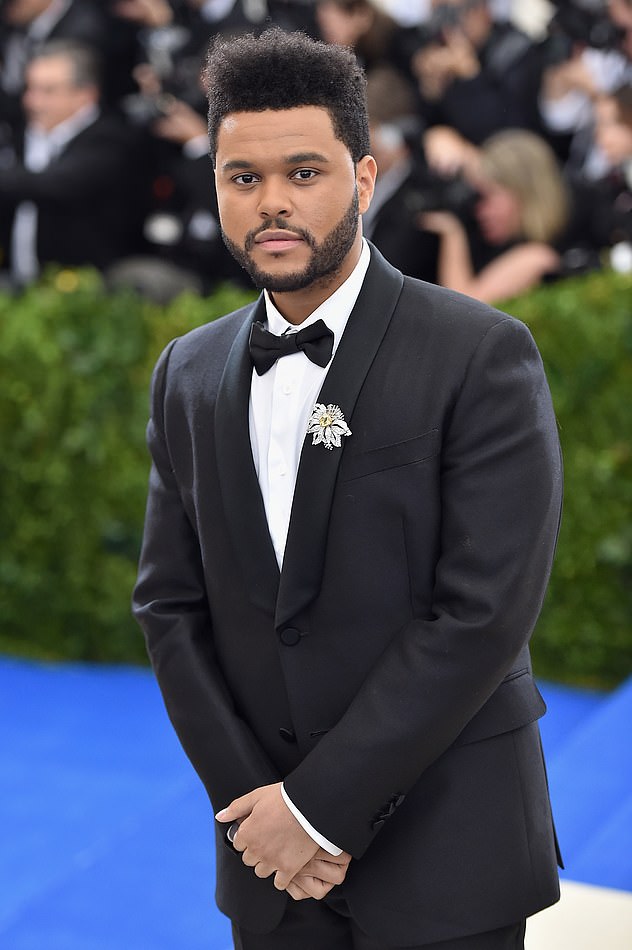 ‘The pandemic, the Black Lives Matter movement and the tensions of the election have mostly created a sense of gratitude for what I have and closeness with the people near me.’

Speaking about his unmistakable vocal abilities he said he was inspired by Ethiopian music growing up, before shifting with his albums to portray different sides to himself.

‘The older I got, I was exposed to more music, and my voice became a chameleon going into different characters with each album. By following my own path and breaking industry norms, it seems to be influencing others,’ he said. 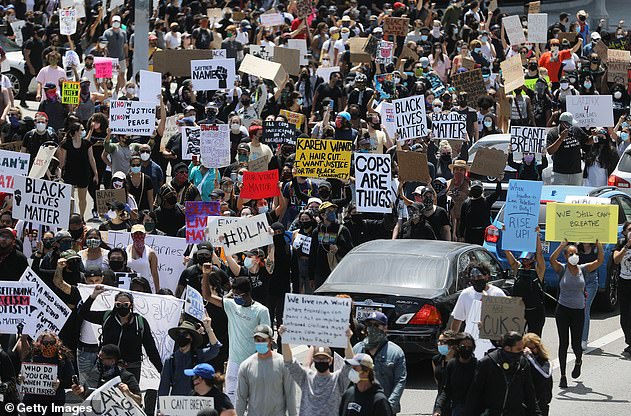 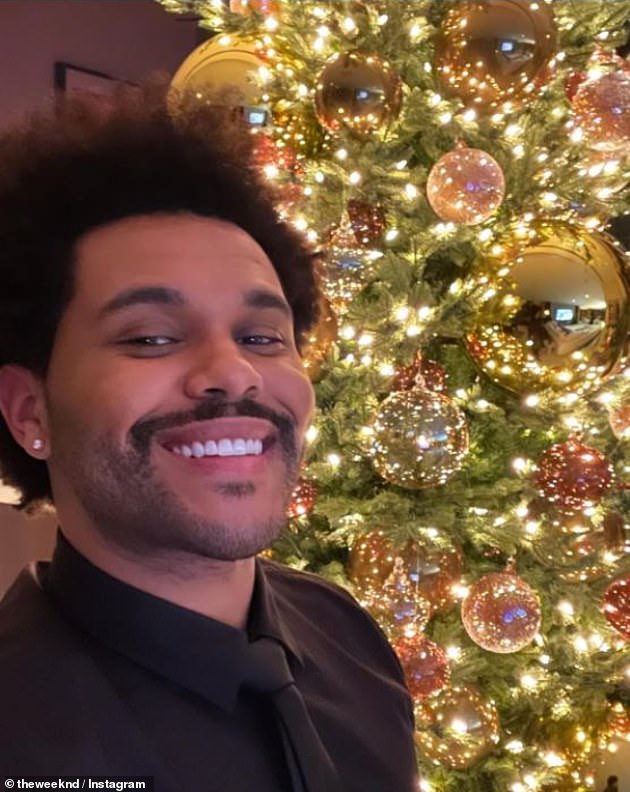 Talking about his career the Starboy singer said, ‘I was laser focused back then and I’m laser focused right now,’ as he called it ‘the story’ of his twenties.

‘I feel like I spent the last 10 years creating a sound and most of my career I’ve either been running away from it or duplicating it,’ he shared.

It has been an interesting few weeks for the star as last month the Toronto-based star called the Grammys ‘corrupt’ after he was snubbed in the nominations.

Taking to social media, he wrote to organizers: ‘You owe me, my fans and the industry transparency…’

Insiders said that the Can’t Feel My Face artist’s camp suspected the lack of nominations were in response to the unpleasant back and forth over whether he would perform in the Super Bowl.

The artist, whose full name is Abel Tesfaye, released the record After Hours in March to strong sales and reviews, and it won Favorite Album – Soul/R&B honors at the American Music Awards this past Sunday.

‘We understand that the Weeknd is disappointed at not being nominated,’ he said. ‘I was surprised and can empathize with what he’s feeling. His music this year was excellent, and his contributions to the music community and broader world are worthy of everyone’s admiration.’ 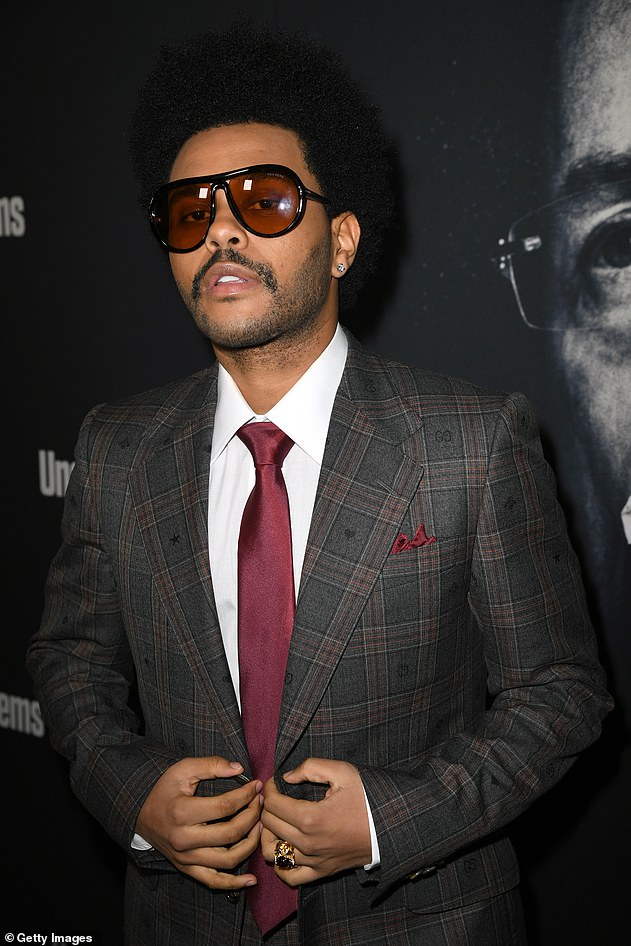 Mason continued: ‘We would have loved to have him also perform on the Grammy stage the weekend before’ the Super Bowl.] Unfortunately, every year, there are fewer nominations than the number of deserving artists.’

‘To be clear, voting in all categories ended well before The Weeknd’s performance at the Super Bowl was announced, so in no way could it have affected the nomination process. All Grammy nominees are recognized by the voting body for their excellence, and we congratulate them all.’

Asked by  Variety  about The Weeknd getting shut out, Mason said at the time, ‘It really just comes down to the voting body that decides. 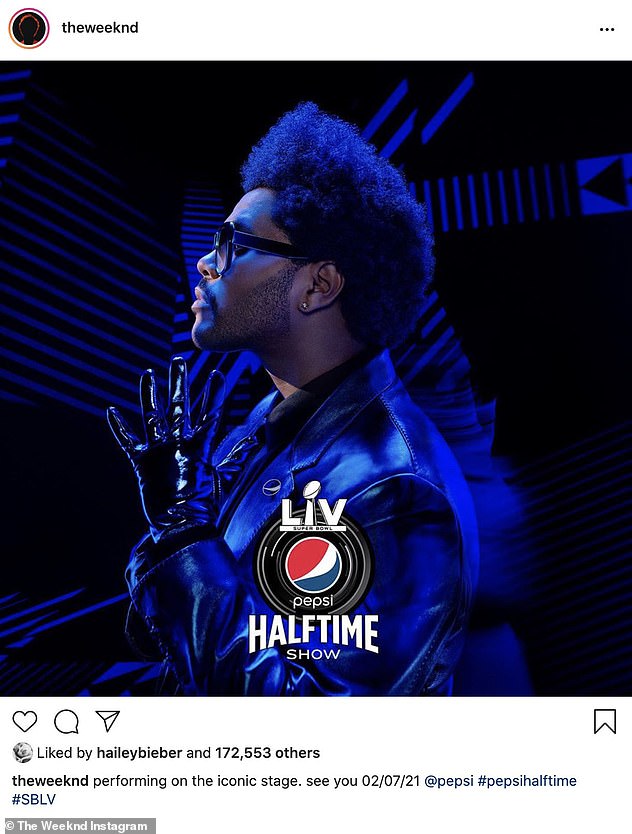 ‘We have eight nomination slots to fill in [the Big Four categories: Best Album, Song, Record and New Artist], five in others, and the voters vote for their favorites. It’s really interesting, though.’

Mason opened up about the process Grammy officials take to suss out which performers are nominated, and in what categories.

‘We look at it every year and make tweaks and revisions to the process; we did it this year, last year, we’ll do it next year. And I don’t think this calls it into question, honestly,’ Mason said. ‘The process is there so we can continue to monitor excellence.’

The Weeknd previously took home the Best Urban Contemporary Album for Starboy in 2018. 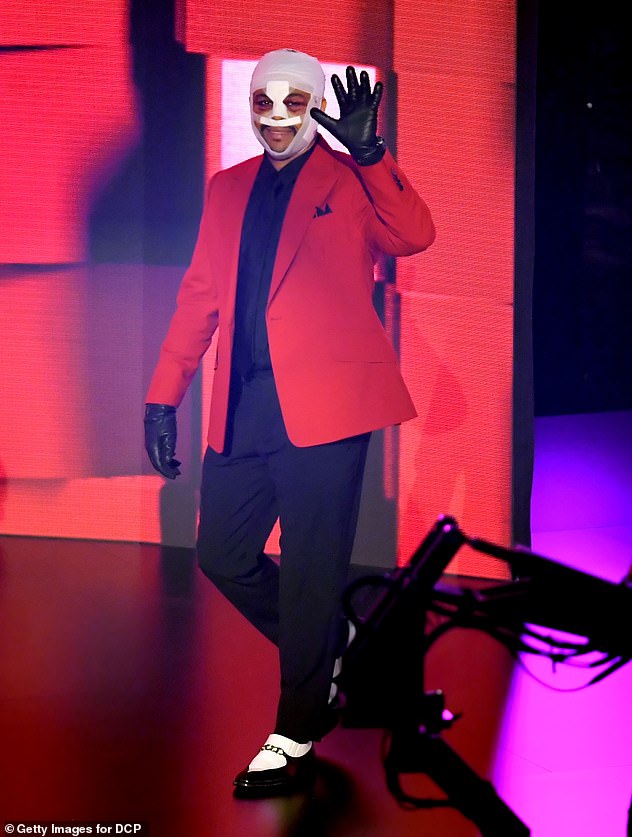 These Emails Reveal The Drama Behind The GSA’s Decision Not To Certify Biden’s Win
Apple Remove Parler, The Pro-Trump Social Network, From Its App Store
To Top