By now, there isn’t anywhere Sen. Bernie Sanders hasn’t been “sighted” following his appearance at the presidential inauguration.

From Bernie on  album covers  to him in famous  movies , the meme treatment of the senator seated at the US Capitol in a very practical outfit is one of the standout moments from the inauguration that is still bringing the internet joy days after.

It seems inevitable that a 22-year-old grad student would create the ultimate site to make the meme game much more accessible to anyone who isn’t a whiz with Photoshop.

Nick Sawhney built the site  Bernie Sits  in the midst of the meme storm. He told BuzzFeed News that it has been all systems go ever since it went live.

“It was very frantic,” he said. “I felt like my apartment was on fire. I was, like, scaling up the website, going on Twitter and trying to raise money to keep paying for it so it wouldn’t just shut down. It was really just a nonstop kind of night.”

While he doesn’t know the full metrics just yet, Sawhney said the site was averaging between 20–30 requests per second the day after the inauguration and has continued to grow as more publications linked out to him.

“It’s wild. I have no comprehension of this number of people,” said the NYU student, who is originally from San Francisco.

Sawhney, who built the site in less than a day, said he was “blown away” by the number of people who have supported the site with financial donations. 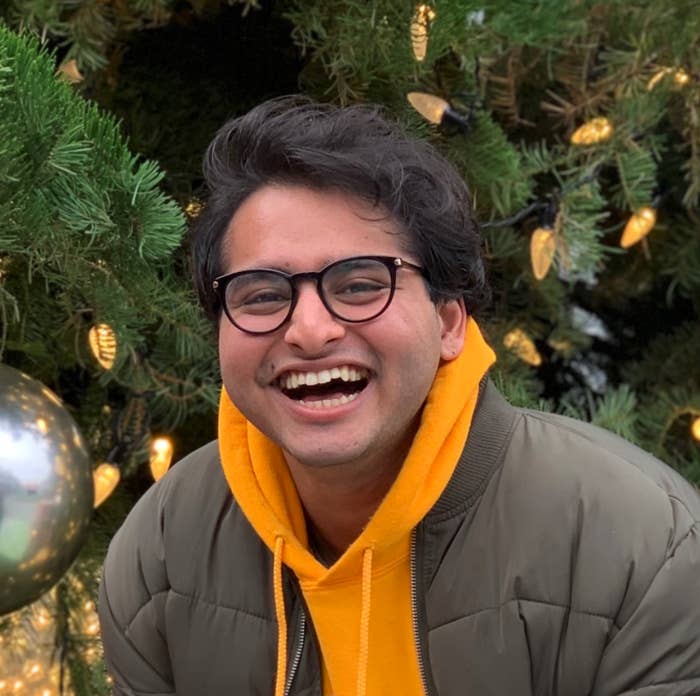 Sawhney was unable to vote in the 2016 presidential election, as he missed the legal age limit by two weeks. He said the world feels “a little bit less scary and horrible,” since Biden’s inauguration, and he is optimistic for the future because of politicians like Sanders who he described as “iconic.”

“Even after he didn’t win the presidential nomination, I think that he served a very important role,” he said. “Because if there hadn’t been leftists, or, you know, whatever you want to call him in the primaries, then I don’t think Biden would have moved over to the left. We started talking about things like our stimulus checks and healthcare things and immigration. I really see value in that. Ideally we don’t have to move incrementally, I guess, but Bernie Sanders did change the conversation.”

The user-friendly site does just as advertised. With the help of Google Maps, you simply enter an address or location into the search box and the Sanders will appear there.

Sawhney was unsurprised that Sanders had become the center of laughs online.

“I feel like, especially in these circles of Twitter, people poke fun at him in a much more loving way than they poke fun of other politicians,” he said.

But even with the surge in popularity, the website designer made clear that he wasn’t trying to capitalize on the site and would eventually hope to channel the momentum into something meaningful.

“I’d much rather the energy go from this to like talking about what Bernie has to say and how we can deal with it,” he said. “I’m not here trying to like, you know, turn this meme website into a business or anything like that. I’m very happy that people are giving me money to support the site, and I will keep it running and maintained, until all of that runs out.”

Tags: This Guy Created A Bernie Sanders Meme Site For Anyone Who Can’t Be Bothered To Make Their Own From Scratch