Brandon Straka allegedly told people to “go, go” and encouraged rioters to take a shield away from a police officer while forcing his way into the Capitol building. 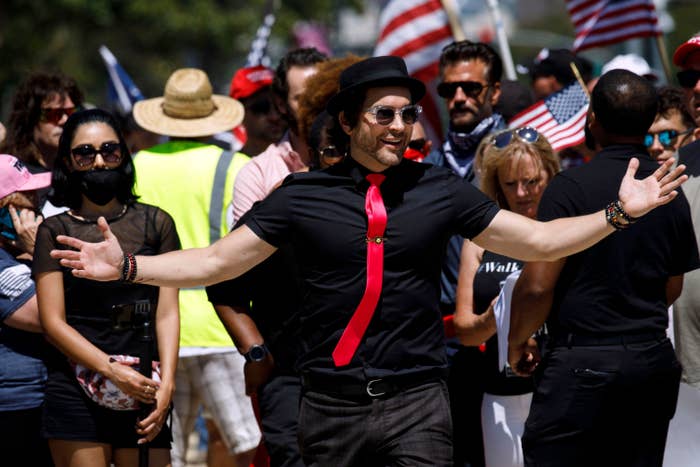 Brandon Straka, a supporter of former president Donald Trump’s who developed an online following denouncing Democrats as racist, anti-gay, and violent, was charged Monday for taking part in the insurrection at the Capitol earlier this month.

An actor who describes himself as a “former liberal,” Straka founded the WalkAway Campaign to encourage others to leave the Democratic Party, earning retweets from Trump as well as regular appearances on conservative TV programs. On Jan. 5, Straka was a speaker at the “Stop the Steal” rally in Washington, DC. According to the Department of Justice, on Jan. 6 he urged rioters to force their way into the Capitol building — which can be seen in video he recorded.

Federal charges against him include impeding a law enforcement officer during civil disorder, knowingly entering restricted grounds without authority, and engaging in disorderly conduct to obstruct a congressional hearing.

After going viral with a video in which he described why he was leaving the Democratic Party in 2018, Straka gained hundreds of thousands of followers and became a frequent commentator for outlets, including Fox News. He has spoken out against the Black Lives Matter movement, he was  banned from American Airlines  in June after he refused to wear a face mask on a flight to Dallas, and he has spread lies about the results of the November election on social media.

Tags: A MAGA Influencer Is Accused Of Urging Rioters To Force Their Way Into The US Capitol, a supporter of former president Donald Trump, Brandon Straka