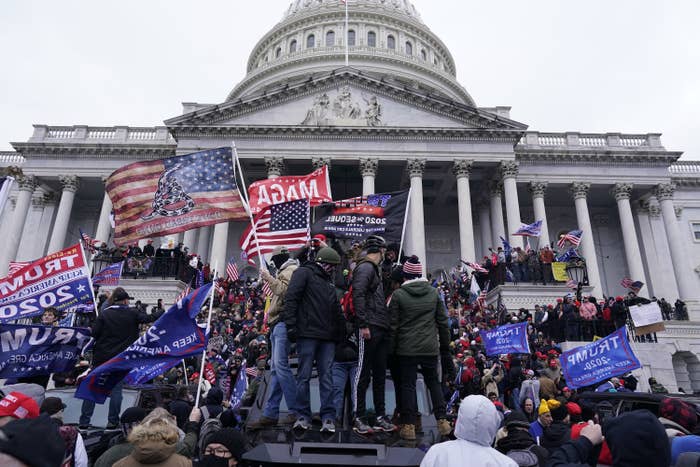 After a long hearing in federal court in DC Tuesday, the case of Riley June Williams — a 22-year-old Pennsylvania woman accused of stealing, or helping to steal, a  laptop from House Speaker Nancy Pelosi’s office  and sell it to Russia’s foreign intelligence service — is more confusing than ever.

According to a  statement of facts  compiled by the FBI, a “former romantic partner” of Williams called the agency and alleged that Williams took the laptop during the storming of the US Capitol and “intended to send the computer device to a friend in Russia, who then planned to sell the device to SVR, Russia’s foreign intelligence service.” The FBI added that the tipster said the sale fell through for “unknown reasons” and that Williams either still has the device or destroyed it. (Pelosi’s office has confirmed the laptop is missing, though one of her staffers  tweeted  two days after the insurrection that it was “only used for presentations.”)

But during the hearing Tuesday, the purpose of which was to set the conditions of her house arrest, her defense attorney, federal public defender A.J. Kramer, argued that Williams’ house and her car had been searched, and she did not have the laptop.

“In the allegation of the theft of the computer, she’s charged with aiding and abetting, not the actual theft itself,” Kramer said during the hearing. “In fact, [law enforcement] searched everywhere and she does not have the computer, they searched the car and the house.”

Following the hearing Kramer told BuzzFeed News over the phone that Williams denies all of the accusations made against her — from the theft itself, aiding or encouraging the theft, to the allegations of attempting to sell it to Russia — and alleged that they were all lies all made up by an ex who, as he said in the hearing, “vowed revenge on Williams for various things.” Williams has filed for a restraining order against that ex, Kramer added.

Kramer added that he “thinks” that Williams never had the laptop at all. The Justice Department declined to comment on this suggestion.

The FBI affidavit, however, includes screenshots of what appears to be Williams’ account on the social media platform Discord (which was one of the services used to organize the January 6th protests and insurrection), writing “I STOLE SHIT FROM NANCY POLESI[sic]” and “I DOMT CARE I TOOK NANCY POLESIS HARD DRIVES I DONT CARE KILL ME.” The document also contains several screenshots and descriptions of videos taken during the insurrection, apparently showing Williams in the Capitol building, egging on other rioters, and apparently directing the crowd up the stairs toward Pelosi’s office.

Screenshots of a video that tipsters told the FBI Williams live-streamed on her own social media account, shows the hands of people in the process of taking a laptop from a congressional desk. The FBI agent writing the affidavit says that the video appears to show Williams telling a man reaching for the computer to “put on gloves,” and writing over the video says “they got the laptop.”

The  complaint against Williams  in the US District Court for the District of Columbia charges Williams on four counts, including “aid [and] abet others to, embezzle, steal, purloin” government property in excess of six thousand dollars, along with the entering and disorderly conduct charges that many of the other Capitol rioters have faced. Justice Department lawyer Kelly Smith made it clear that the government was still investigating Williams and that it was possible she could face other charges in the future.

A spokesperson for the Department of Justice declined to comment on whether anyone else had been charged in connection with the theft of Pelosi’s laptop, or whether they had retrieved it.

The FBI’s statement of facts accuses Williams of attempting to flee ahead of her arrest, deleting her social media accounts, and changing her telephone number. Williams encouraged others to delete messages related to the insurrection as well, the Justice Department said. A day after her arrest warrant was officially issued, however, Williams turned herself in.

Judge Zia Faruqui expressed surprise that the government was not advocating for Williams to be detained, since the allegations in the complaint against her were “pretty shocking” and “read like something out of The Americans,” referencing the TV show about Russian spies in the US during the Cold War.

Instead of asking for her to be detained, the Justice Department asked that Williams be held under house arrest with an ankle monitor under her mother’s supervision, that she not be allowed to use any device with internet access.

Kelly Smith, the attorney representing the Justice Department in the case, refused to elaborate further on why they were not asking for Willimas to be detained, saying that providing any more details about the case could jeopardize the government’s investigation into Williams and the events of the January 6th insurrection.

Smith pushed Tuesday for a complete ban from the internet, including smart phones and televisions, and asked that Williams be provided a flip phone to speak to her attorney and receive mental health treatment.

“Our concern is that going forward the defendant is going to acquire new devices … that are easy to hide, and the harm that can be done can be done instantaneously in the cyber world,” Smith said during the hearing. “Yes it’s true we don’t have evidence of things she did after her arrest, but she was aware of public media scrutiny of her involvement during the time she was deleting her accounts and instructing other people to delete her account.”

Kramer pushed back saying that Williams deleted her accounts before January 6th because her ex, the same one who Williams’ lawyers say tipped off the FBI, was logging into her accounts and messaging people from them.

“I don’t agree with the defense’s characterization of when and why she she deleted the accounts,” Smith said in response. The government recently acquired evidence that Williams, on January 10th, instructed “one of her Discord associates to delete messages, and those messages had to do with the Capitol riot event,” Smith said.

This evidence shows that Williams “is a person who is motivated to and knows how to tell people to destroy records,” she added.

Faruqui, after Kramer told him about Williams’ allegations against her ex, said without further information from the government’s investigation, he may have to “heavily discount” the allegations made by Williams’ ex, dismissing them as possibly made by someone “with an axe to grind.”

“I’ll go by … what you’re saying and I believe these things,” the judge said to Smith, “but I believe Mr. Kramer too. So I’m left to consider whether there’s a megaphone being pointed at her leading her to do bad things on the internet, or one that she has also.”

Finally, after two days, around four hours of back and forth, and nearly thirty minutes of off the record meetings about whether Williams should be allowed to watch TV if it was connected to the internet, Faruqui ruled: Williams will stay under house arrest with an ankle monitor and the supervision of her mother, will undergo a mental health assessment, and will not be allowed to use the internet unless it is a video call with her lawyer or a mental health professional. She will be allowed to use a flip phone and to watch TV, as long as she doesn’t use the TV to communicate with anyone.

Her next hearing is on March 25.

Tags: The Woman Accused Of Stealing Pelosi’s Laptop Says She Doesn’t Have It