In a now-viral tweet, business owner Celina Myers can be seen marching through her living room with an armful of beverages before making her way outside and throwing the drinks onto her lawn. According to Myers, she was at a pool party, and she believed her lawn was in fact a jello pool.

Well, at least in her dreams.

“I know that David Dobrik was there, with all the influencers that I really like,” she told BuzzFeed News of the dream she was living in the video. “It was really weird. I remember throwing things into the jello pool, like it was really weird.”

Myers, who is a published author and beauty entrepreneur from Ontario, Canada, said that she’s been a sleepwalker from a young age. It’s a condition she shares with her mom and her brother.

“I think the very first time I was about 4 years old and my mom asked me where I was going in the middle of the night, and I was like, ‘I’m going to see mom.’ And she’s like, ‘I am mom, go to bed.’”

She explained how her sleepwalking is usually triggered by eating either cheese or chocolate just before she goes to bed, but is generally a nonissue for her day-to-day life.

In the first TikTok, which inspired her series capturing herself sleepwalking, Myers shares how a combination of both foods led to her being locked out of a hotel room completely naked last month.

“I got the midnight chocolate cheesecake that they had, didn’t even think of it. Next thing I know, I’m down the hallway and I’m naked,” said Myers

“When I did wake up there was like these two chairs — I took the two cushions and I put one on the front and one on the back. I was really close to the front desk, and I kind of just put my head around the corner,” Myers said.

With the help of hotel staff, Myers was able to return to her room but not before capturing the comical moment for her TikTok followers.

The reaction to the ordeal gave her the idea to document just what goes down when Myers is in her sleepwalking state. She intentionally induced her condition, with her husband on standby to make sure she wouldn’t endanger herself.

“I saw how much people loved it and I was like, this is our full-time job, we’re home,” she said.

The reactions to her TikTok’s have ranged from people being amused to some expressing concern, and to a smaller minority who have questioned the authenticity of it all.

“People send me these messages and they’re like, you know, ‘COVID been so hard. I’ve never laughed this hard,’” Myers said.

She added: “If I can help make people laugh, I don’t mind, this is fun. It’s like my hidden weird talent, like the only thing I have going for me is the fact that I can eat cheese and be weird.”

In response to people who questioned if any of her content had been staged, Myer’s said, “No, it’s 100% real.” She said that comments of that nature made her “anxious” about how much she felt comfortable sharing. 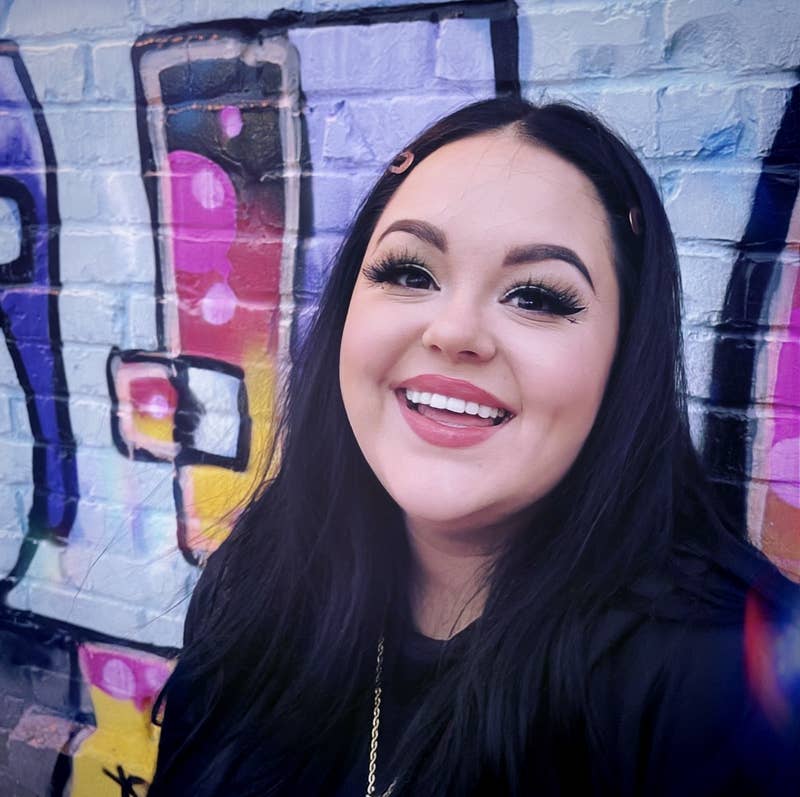 “It doesn’t look believable sometimes and even when I watch it back, I’m like, I can’t even post this because people are gonna think this is staged, and I hate that, I think that because I want to show every single minute of it because I find it so funny,” she added.

Watching back the footage of herself was like watching “a whole different girl,” Myers said.

“I tend to be a little aggressive when I sleepwalk. I’m always trying to fight, which really blows me away because I am the nicest, nonfighting person in the world.”

“I think I’m holding too much in my daily life and I think I’m saying to myself … maybe I need to let my anger out in some ways during my daily life. I tried to fight my table and my plants in the same night!”

Myers, who has ADHD and Ménière’s disease, a disorder of the inner ear that can lead to dizzy spells, said that she sometimes questioned if her sleepwalking meant that there was “something wrong” with her brain, but noted that following doctors’ advice by avoiding the foods she had identified as triggers had served her well.

“It’s just my life, you know what I mean?” Myers said.

“I saw that it would bring people smiles and I was like, I’m gonna roll with it, because at this point it’s not negatively affecting me,” she said. “I planned for it to happen, and if I don’t eat cheese and I don’t eat chocolate after dinner I have nothing to worry about.”

Amanda Gorman Will Be The First Poet To Ever Perform During A Super Bowl
One Of The Proud Boys Who Stormed The Capitol Had Instructions For Making Guns And Bombs In His Home, FBI Says
To Top